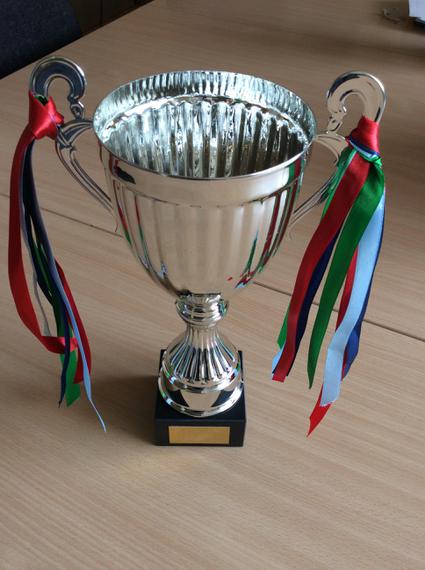 This year we have started running Inter House Sporting Events. Where different year groups will compete in varying events to win the cup for their house.

KS1 Obstacle Race
Term 3 saw a battle of the houses in the form of an obstacle race! Each class held heats to select their final runners for each squad, concluding with a tournament in the school Hall. The races were close and the lead changed at several times throughout each race but Horseshoes were crowned overall winner! Well done everyone, the event was described by one child as 'the best day ever!'
Year 5/6 Football
In term 2 the year 5/6 children all selected a house football team by drawing names out of a hat! The tournament saw all houses playing each other with the overall winners being the highest point scores.  Once again the event was won by the reigning champions Castles, well done everyone or taking part and being such good sports.
Year 3/4 Cross Country

Our first event was held in term 1, where all the year 3&4 children took part in a cross country run around the Woodland Trust field.  The event was a great success, with all the children getting into the spirit of the competition.  Finlay Rawlings crossed the line first for Castles, but results were tight.  The final scores meant that Castles and Stocks were in joint 1st position, however as Castles had the 1st place runner they were announced CHAMPIONS!

The overall points after 3 event are as follows: